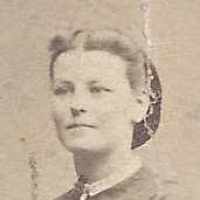 English: status name for a young knight or novice at arms, Middle English and Old French bacheler (medieval Latin baccalarius). The word had already been extended to mean ‘(young) unmarried man’ by the 14th century, but it is unlikely that many bearers of the surname derive from the word in that sense.History: The Reverend Stephen Bachiler (c. 1561–1656) was a Puritan nonconformist, born in Hampshire, England, who came to New England in 1632, at the age of 71. In 1638/9 he was the leader of the founders of Hampton, NH.

Amos Pratt was born in 1819 to Nathan Pratt and Sarah Philby in Studham, Hertfordshire, England. He was christened 14 October, 1821 in the Studham Parish Church, Bedford, England. He was the 2nd of …