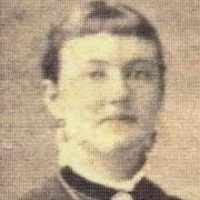 (1997: 26184;2007: 54022; 2010: 71759)English (mainly northern) and Scottish: nickname for someone thought to resemble a fox, for example in cunning or slyness, or perhaps more obviously in having red hair, from northern Middle English tod(de) ‘fox’. Compare Todhunter , Todman . This name was brought to Ulster, Ireland, from Scotland in the 17th century.