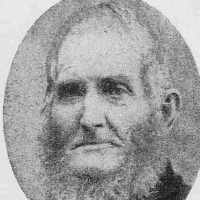 The Life Summary of Franklin Thomas

Put your face in a costume from Franklin Thomas's homelands.

On 11 April 1823, Wayne County was formed by combining portions of Seneca and Ontario counties.

Story from the Life of Joseph Smith Joseph Smith was a man of great integrity. In the spring of 1843, he asked Thomas Colburn to lend him one hundred dollars in order to pay the lawyer who had defend …