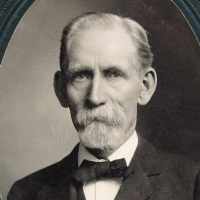 The Life Summary of Robert Leeming

When Robert Leeming Fishburn was born on 5 November 1834, in St Ives, Huntingdonshire, England, United Kingdom, his father, Francis Fishburn, was 27 and his mother, Eliza Jeffs, was 21. He married Eliza Priscilla Noble on 3 June 1858, in Lehi, Utah, Utah, United States. They were the parents of at least 4 sons and 8 daughters. He lived in Leeds, Yorkshire, England, United Kingdom in 1841. He died on 18 October 1915, in Brigham City, Box Elder, Utah, United States, at the age of 80, and was buried in Brigham City, Box Elder, Utah, United States.

Put your face in a costume from Robert Leeming's homelands.

English: habitational name from Fishburn in Durham. Perhaps occasionally from Fishbourne in the Isle of Wight or Sussex, although the surname derived from the latter place may now be extinct in Britain. All are named from Old English fisc ‘fish’ + burna ‘stream’.

Francis Scholes, Sr., son of Thomas Scholes and Ann Newton, was born 2 July 1835 in Leeds, Yorkshire, England. His father died when the subject of this sketch was in his fifth year; thus, was he early …