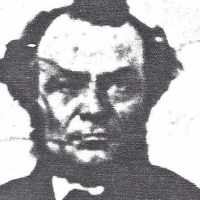 The Life Summary of Gad

Put your face in a costume from Gad's homelands.

(1997: 354880;2007: 790284; 2010: 1116357)English and Welsh: patronymic meaning ‘Dafydd's (son)’, equivalent to Welsh ap Dafydd, the Welsh form of David . The spelling Davis is more typical in southwestern England northwards as far as Lancashire, where the frequency of the surname largely reflects Welsh migration, but may sometimes represent a native English surname based on Davy (compare Davies ). Davis (including in the sense 2 below) is the eighth most frequent surname in the US. It is also very common among African Americans.Irish and Scottish: adopted for Gaelic Mac Daibhéid ‘son of David’; see McDevitt . Compare Davies .