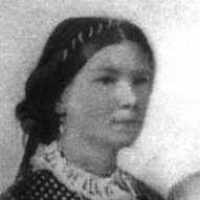 The Life Summary of Louisa Sarah

Put your face in a costume from Louisa Sarah's homelands.

Louisa joined the Church against the wishes and protests of her father. She was 17 at the time. In 1853, she decided to emigrate to America. With the help of her sister, Ellen, and her cousin, Jane …