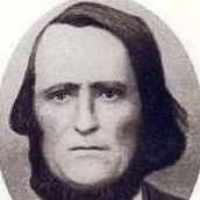 The Life Summary of James Lewis

Put your face in a costume from James Lewis's homelands.

****The Thompson Sisters and their family - It seems that there were four young girls from the Matilda Delila Willis and James Lewis Thompson family who died and were buried in the Pioneer Cemetery. …