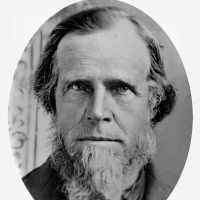 When William Henry Stokes was born on 7 May 1829, in West Bromwich, Staffordshire, England, United Kingdom, his father, Joseph Stokes, was 32 and his mother, Alice Clarke, was 30. He married Elizabeth Jane Hale in 1850, in West Bromwich, Staffordshire, England, United Kingdom. They were the parents of at least 6 sons and 5 daughters. He died on 8 May 1913, in Logan, Cache, Utah, United States, at the age of 84, and was buried in Lewisville Cemetery, Jefferson, Idaho, United States.