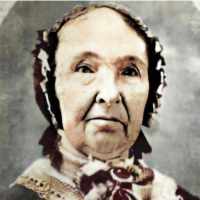 English (Devon and Cornwall): from an Old Breton personal name, Iudhael, composed of elements meaning ‘lord’ + ‘generous, bountiful’ (see Jewkes ), which was borne by a 7th-century Christian saint, a king of Brittany who abdicated and spent the last part of his life in a monastery. Forms of this name are found in medieval records not only in Devon and Cornwall, where they are of native origin, but also in East Anglia and even Yorkshire, where they were imported by Bretons after the Norman Conquest. The name was seemingly reintroduced from France in the 17th century by Huguenots.

Story of Ann Jewell (1807-1888) Note: The following is a well-known story among descendants of Ann Jewell. It is printed in various forms in several books and websites documenting the trials of t …