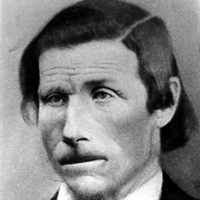 When George Perry was born on 5 February 1825, in Upton St Leonards, Gloucestershire, England, United Kingdom, his father, Thomas Perry, was 33 and his mother, Elizabeth Bennett, was 32. He married Susannah Ward on 9 August 1847, in Standish, Lancashire, England, United Kingdom. They were the parents of at least 7 sons and 4 daughters. He died on 4 February 1899, in Cedar City, Iron, Utah, United States, at the age of 73, and was buried in Cedar City, Iron, Utah, United States.

George Perry (1825 – 1899) The place of his nativity was the parish of Upton, St. Leonards, Gloucestershire, England. He was born on February 5, 1825. His father and mother, Thomas and Elizabeth B …