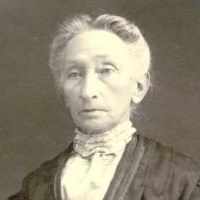 English: status name from Old French chambrelain, Norman French cambrelanc, cambrelen(c) ‘chamberlain’ (of ancient Germanic origin, from kamer ‘chamber, room’, Latin camera (see Chambers ) + the diminutive suffix -(l)ing). This was originally the name of an official in charge of the private chambers of his master, but is so widespread in late medieval England that it must sometimes have been used of people of more ordinary status, perhaps as a nickname for an officious or self-important person or for someone who played the role of chamberlain in a folk play, tableau, or ceremony. Compare Chancellor for a possible similar usage.

Catherine was my great grandmother. I wasn't born early enough to know her, but my mother, Edna Dickerson Smart knew her well and often told me stories about her. Mother said Catherine was a very pr …