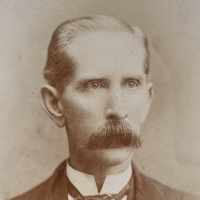 The Life Summary of William Fuller

Put your face in a costume from William Fuller's homelands.

English: habitational name from Croichlow in Bury (Lancashire), recorded in the surname de Cruchelowe in 1324 and Croichelay in 1563. The name is perhaps also derived from Crouchley Farm in Lymm (Cheshire), though this name is of uncertain age; or from an unidentified place in southern England whose name has a similar origin (from the British Celtic crouco- ‘hill, barrow’ in an English guise + Old English hlāw, hlǣw ‘hill, barrow’). The original -low has sometimes been replaced with -ley (compare Critchley ).

Paralyzed Pioneer and Family Join the Church and Cross the Plains

On 14 February 1832 Harriet and William were married in Freeport, Butler, Pennsylvania, then moved to Leechburg, where he built them a "comfortable house and labored on the Pennsylvania Canal." In 18 …