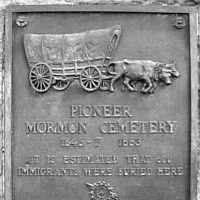 Benjamin Waldron was born in Belbroughton, England, in 1795, to George Waldron and Elizabeth Jane Broadhurst. He was the eldest of three living children. His father died when he was young and his mo …