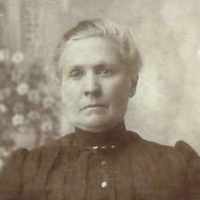 Josiah Lewis Rhead - A brief sketch as Submitted by Delphia B. Jones to the Daughters of the Utah Pioneers

JOSIAH LEWIS RHEAD Josiah Lewis Rhead married Delilah Ann Davis on January 23, 1897 and to them was born one son. After her death he married Margaret Emma Carruth on March 14, 1903 and to them were b …