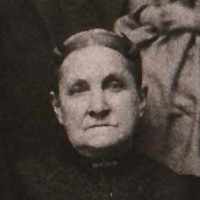 History of Zenna Hannah Cluff Peck in her own words.