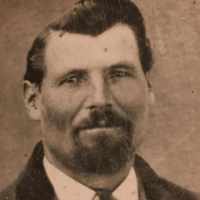 When Mark Burgess was born on 30 August 1836, in Orcheston St George, Wiltshire, England, United Kingdom, his father, James Burgess, was 27 and his mother, Catherine Sainsbury, was 25. He married Anna Larsen about 1861, in Maddington, Wiltshire, England, United Kingdom. They were the parents of at least 2 sons and 4 daughters. He lived in Utah, United States in 1870. He died on 6 November 1895, in Panguitch, Garfield, Utah, United States, at the age of 59, and was buried in Panguitch, Garfield, Utah, United States.