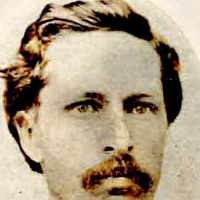 The Life Summary of Charles McKay

Put your face in a costume from Charles McKay's homelands.

was 14. Their company would have been a Church Train. Young men ages 19-24 were called on missions to take product back east and then hook up with the Saints wanting to come to Utah Territory. They w …