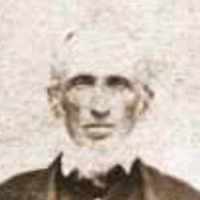 The Life Summary of John B

Put your face in a costume from John B's homelands.

Scottish and Manx: shortened form of McOwen and McKeown . See also McEwen .Sottish and Manx: from a shortened form of Irish Ó Comhdhain and Mac Comhdhain ‘descendant or son of Comhdan’ or Gaelic Mac Comhghain ‘son of Comhghan (‘the twin’). Pronounced to rhyme with Owen, the name sometimes appears as Coan and Cohen in Down, and has been used interchangeably with Irish Coyne in Connacht and McIlhone in Tyrone. In the Isle of Man the name is pronounced /'kauən/ (with Cow- as in English cow).Scottish and Manx: sometimes a variant of Colquhoun , pronounced Cohoon in Scotland and Cahoon in Ulster.

John Cowan and his family, By Richard O. Cowan

John Cowan, father of the earliest Cowan family to be converted to the Church of Jesus Christ of Latter-day Saints, was born in Campsie, Stirling, Scotland on 2 August 1782; he was the son of Jame …