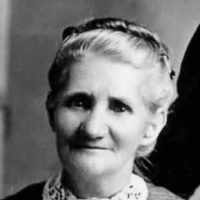 Story told by June Cordon Garfield, Granddaughter of Sarah Voss Cordon Sleeping at Grandma’s house was like sleeping on a thick fluffy cloud, a pleasant experience to be anticipated and enjoyed. Cli …