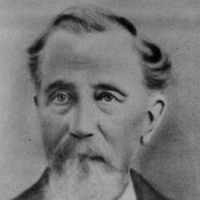 When Moses Martin was born on 26 August 1824, in Stirlingshire, Scotland, United Kingdom, his father, Peter G. Martin, was 29 and his mother, Mary Ann Bell, was 34. He married Isabella Gillespie on 11 January 1845, in Glasgow, Lanarkshire, Scotland, United Kingdom. They were the parents of at least 5 sons and 3 daughters. He lived in Tooele, Tooele, Utah, United States in 1860. He died on 26 March 1893, in Taylorsville, Salt Lake, Utah, United States, at the age of 68, and was buried in Oakley Cemetery, Oakley, Cassia, Idaho, United States.