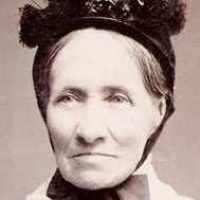 The Life Summary of Karen Marie

Put your face in a costume from Karen Marie's homelands.

Karen Marie Iversdatter was born January 5,1817. She was the child of Iver Hansen and Maren Nielsdatter, and she was the ninth child of the couple. Three more children were born after her birth, makin …