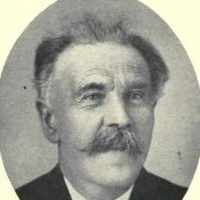 The Life Summary of Johann Heinrich

When Johann Heinrich Mathys was born on 10 September 1834, in Wiedikon, Zürich, Zürich, Switzerland, his father, Johannes Mathys, was 31 and his mother, Anna Dorothea Meyer, was 33. He married Elizabeth Hubschmeid on 20 May 1862, in Sweetwater, Sweetwater, Wyoming, United States. They were the parents of at least 4 sons and 3 daughters. He died on 26 November 1922, in Price, Carbon, Utah, United States, at the age of 88, and was buried in New Harmony, Washington, Utah, United States.

Put your face in a costume from Johann Heinrich's homelands.

Flemish and Swiss German: from a variant of the personal name Matthias (see Matthew ). This surname is also found in France (Nord).English (Sussex): variant of Mathis . This form of the name is rare in Britain and Ireland.