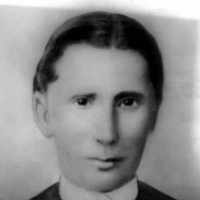 When Elizabeth Hubschmeid was born on 30 October 1839, in Zürich, Switzerland, her father, Hans Georg Hubschmidt, was 44 and her mother, Elisabeth Stehli, was 45. She married Johann Heinrich Mathys on 20 May 1862, in Sweetwater, Sweetwater, Wyoming, United States. They were the parents of at least 4 sons and 3 daughters. She died on 29 August 1888, in New Harmony, Washington, Utah, United States, at the age of 48, and was buried in New Harmony, Washington, Utah, United States.