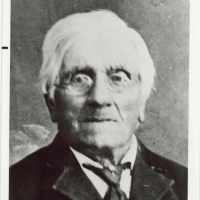 The Life Summary of Rasmus Erastus

When Rasmus Erastus Jacobson Sr. was born on 18 April 1823, in Bergen, Bergen, Hordaland, Norway, his father, Jacob Christophersen, was 29 and his mother, Lisbeth Jacobsdatter, was 41. He married Iverine Engelbretsdatter on 30 June 1851, in Stavanger, Rogaland, Norway. They were the parents of at least 5 sons and 2 daughters. He died on 25 July 1905, in Hyrum, Cache, Utah, United States, at the age of 82, and was buried in Hyrum City Cemetery, Hyrum, Cache, Utah, United States.

Put your face in a costume from Rasmus Erastus's homelands.

English, Swedish, Dutch, and Jewish (Ashkenazic): patronymic from the personal name Jacob denoting ‘Jacob's son’. In North America, this surname has absorbed various cognates from other languages, including Scandinavian (see 2 below) and, in some cases, Croatian Jakobović (which is from the personal name Jakob ).Americanized form of Swedish Jacobsson or Jakobsson and Danish, Norwegian, North German, or Dutch Jacobsen or Jakobsen , all cognates of 1 above.

An Amazing Life History Written from the Memory by Mrs. E. I. Pulsipher

In Stavenger, Norway, October 8th, 1850, was born Elizabeth Isabelle, daughter of Erastus and Lorina Jacobson. Erastus joined the Church in 1860 in days of persecution. He was a shoemaker; but when h …