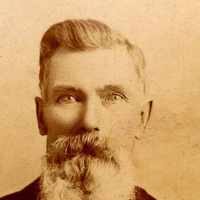 The Life Summary of William Gillard

Put your face in a costume from William Gillard's homelands.

My Grandfather Stone was the only grandfather I knew, and he was blind. I used to lead him to Sunday School, and we were in our seats at 9: 40 a.m. every Sunday morning. I was so small at the time tha …