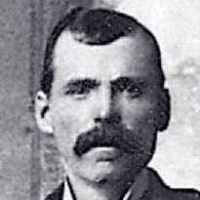 The Life Summary of Joseph Patterson

When Joseph Patterson Allen was born on 25 January 1851, in Devon, Clackmannanshire, Scotland, his father, James Allen, was 30 and his mother, Catherine Patterson, was 37. He married Margaret Annie Harwood on 8 November 1886, in Snyderville, Summit, Utah, United States. They were the parents of at least 6 sons and 7 daughters. He lived in Clackmannanshire, Scotland, United Kingdom in 1851 and Slamannan, Stirlingshire, Scotland, United Kingdom in 1861. He died on 29 January 1916, in Smoot, Lincoln, Wyoming, United States, at the age of 65, and was buried in Smoot Cemetery, Smoot, Lincoln, Wyoming, United States.

Put your face in a costume from Joseph Patterson's homelands.

(This story was related by Margaret Annie Harwood Allen to an unknown member of her family.) "I was born at Heber City, Utah. My grandfather Empey came from Illinois and Pennsylvania. My Grandfather …