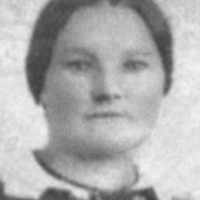 When Johanna Olausdotter was born on 23 June 1836, in Malmö, Malmö, Skåne, Sweden, her father, Olaus Nilsson, was 28 and her mother, Elna Olsdotter, was 30. She married James Henry Jons Johnson on 8 May 1859, in Atlantic Ocean. They were the parents of at least 5 sons and 5 daughters. She lived in Bjereshög, Malmöhus, Sweden in 1836. She died on 2 August 1901, in Sandy, Salt Lake, Utah, United States, at the age of 65, and was buried in Salt Lake City, Salt Lake, Utah, United States.