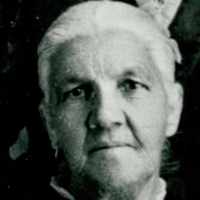 The Life Summary of Ane Marie

Put your face in a costume from Ane Marie's homelands.

On June 18, 1854, in far away Denmark, Neils and Kirsten Peterson Sorenson were very happy to welcome into their family their second baby girl. This daughter was given the name Anne Marie. Three years …