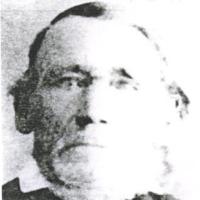 The Life Summary of Pehr

When Pehr Pehrson was born on 28 September 1817, in Nefvishög, Malmöhus, Sweden, his father, Pehr Larsson, was 29 and his mother, Elna Hansdotter, was 26. He married Anna Nilsdr on 26 June 1846, in Malmöhus, Sweden. They were the parents of at least 1 son and 2 daughters. He died on 2 August 1899, in Santaquin, Utah, Utah, United States, at the age of 81, and was buried in Santaquin, Utah, Utah, United States.

Put your face in a costume from Pehr's homelands.

PETER BUTLER (PEHR PEHRSON BOTLER) Pehr Pehrson is the son of Pehr Larson and Elna Hansdotter. He was born on September 28, 1817 in Torreberge, Malmohus Co., Sweden. He had four sisters and two brot …