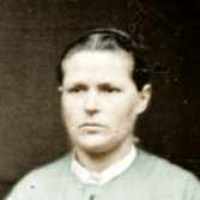 The Life Summary of Anna Elsina

Put your face in a costume from Anna Elsina's homelands.

Some characteristic forenames: Scandinavian Anders, Nanna.Danish: from ko ‘cow’ + fod ‘foot’, hence a nickname for someone with a club foot or other deformity of the foot. Compare Kofford .