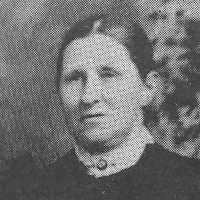 Scottish and northern English: variant of Patrickson ‘son of Patrick ’, which was either shortened to Patrison and metathesized to Patterson, or shortened from Paterickson to Patterson.Irish: in Ulster, this name is of English or Scottish origin, but in County Galway, it was also taken by bearers of the Gaelic name Ó Caisín ‘descendant of the little curly-headed one’ (from Gaelic casín ‘curly’), which is usually Anglicized as Cussane. In addition to the confusion between Irish Gaelic casín ‘curly’ and cosán ‘path’, there has also been an erroneous assumption that the English name Patterson is somehow derived from the English word path.English: 19th-century variant of Patteson, a shortened form of Pattinson .

BRIEF HISTORY OF THE LIFE OF MARGARET PATTERSON SMITH

Written by her daughter, Catherine P. Smith Bennett Margaret Patterson Smith was born on December 1, 1838 in Clackmannan, Scotland. She was the eldest of four children born to her parents, Andrew …