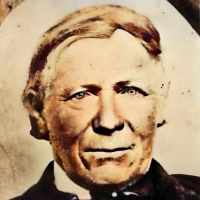 When Anders Peterson was born on 14 June 1808, in Sankt Ibb, Malmöhus, Sweden, his father, Pehr Hansson, was 41 and his mother, Bengta Jönsdotter, was 28. He married Marna Andersdotter on 5 June 1835, in Tryde, Kristianstad, Sweden. They were the parents of at least 3 sons and 3 daughters. He died on 20 September 1875, in Lehi, Utah, Utah, United States, at the age of 67, and was buried in Lehi, Utah, Utah, United States.

The Anders Peterson family, converts to the Church, belonged to the Skonaback Branch, the earliest organized in Sweden. Anders worked as a farmer and gardener or landscape artist. Anders was born 14 …