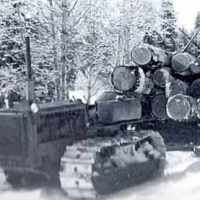 The Life Summary of Birthe Cathrine

Put your face in a costume from Birthe Cathrine's homelands.

Borrowing of the Irish name Brighid ( see Bridget ). This name owes its enormous popularity in Scandinavia, especially in Sweden, to St Birgitta ( 1304–73 ), patron saint of Sweden. She was a noblewoman who bore her husband eight children. After his death, she founded an order of nuns, the ‘Bridgettines’ or Order of the Most Holy Saviour. She also went to Rome, where she attempted to reform religious life.

Birthe Cathrine traveled with the John Smith company. She departed from Wyoming Ne. in july 1864. She was 50 years old when she left on this trip. She traveled for 62 days to make it to the Salt Lake …