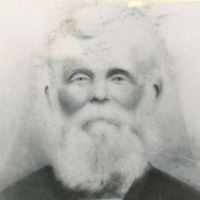 The Life Summary of Ransom

When Ransom Van Leuven was born on 25 April 1811, in Gananoque, Leeds and Grenville, Ontario, Canada, his father, John Van Leuven Sr., was 35 and his mother, Mary Ann Pulver, was 43. He married Lucinda Wiswell Harvey on 7 June 1831, in Kingston, Frontenac, Ontario, Canada. They were the parents of at least 5 sons and 5 daughters. He lived in Atchison, Missouri, United States in 1850 and Cache, Utah, United States for about 10 years. He registered for military service in 1857. He died on 18 February 1899, in Lewiston, Cache, Utah, United States, at the age of 87, and was buried in Clifton Cemetery, Clifton, Franklin, Idaho, United States.

Put your face in a costume from Ransom's homelands.

"Our grandfather Ransom Van Leuvan came to live with us. His hair was white. He was blind and deaf, and he walked with a cane. This was my mother's father; his name was Ransom Van Leuvan. It be …