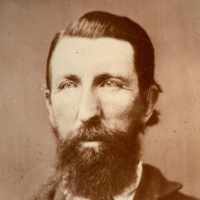 English: from the Middle English personal name Maycok, a diminutive of May, a pet form of Mayhew (Matthew).

Amos Maycock, Son of James Maycock and Esther Berry, was born May 1, 1836, at Warwickshire, England. He was the youngest child in a family of seven children, five sons, and two daughters--Thomas, Wi …