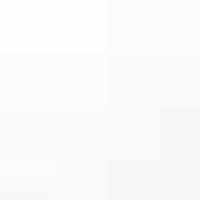 When William Glover III was born on 5 March 1788, in Kilmarnock, Ayrshire, Scotland, his father, William Glover II, was 32 and his mother, Margaret Joann Swan, was 30. He married Catherine Owens on 18 September 1812, in Kilmarnock, Ayrshire, Scotland, United Kingdom. They were the parents of at least 6 sons and 1 daughter. He lived in Nova Scotia, British Colonial America in 1816 and Cass Township, Schuylkill, Pennsylvania, United States in 1850. He died on 1 July 1860, in Nebraska, United States, at the age of 72, and was buried in Nebraska, United States.

The Whiskey Rebellion was a protest against taxes on whiskey by farmers and distillers. People were tarred and feathered. They attacked Bower Hill and headed towards Pittsburgh. The militia was sent in to try and stop it. It finally ended with a repeal of the tax.

Our great, great Grandfather, William Glover, 3rd , was born 5 March 1789 at Kilmarnock, Ayrshire, Scotland. His history begins in a beautiful city of Kilmarnock, a semitropic Climate. Many of the c …