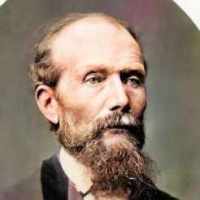 The Life Summary of Peter Olsen

When Peter Olsen Hansen was born on 11 June 1818, in Copenhagen, Copenhagen, Denmark, his father, Jens Hansen, was 42 and his mother, Martha Margrethe Erichsen Osmundsen, was 32. He married Ane Katrine Johansen Kofoed on 19 September 1851, in Vor Frue, Copenhagen, Denmark. They were the parents of at least 2 sons and 2 daughters. He died on 9 August 1895, in Manti, Sanpete, Utah, United States, at the age of 77, and was buried in Manti, Sanpete, Utah, United States.

Put your face in a costume from Peter Olsen's homelands.