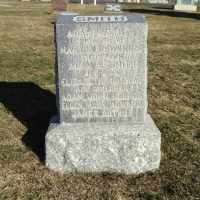 When Martha Browning was born on 11 November 1800, in Stewarton, Ayrshire, Scotland, United Kingdom, her father, John Browning, was 33 and her mother, Janet Picken, was 35. She married Adam Wylie Smith on 26 November 1819, in Stewarton, Ayrshire, Scotland. They were the parents of at least 5 sons and 5 daughters. She lived in Milton, Lanarkshire, Scotland, United Kingdom in 1851. She died on 2 February 1865, in Tooele, Tooele, Utah, United States, at the age of 64, and was buried in Tooele's First Cemetery, Tooele, Tooele, Utah, United States.