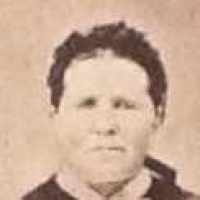 The Life Summary of Ane Catrine

Put your face in a costume from Ane Catrine's homelands.

I was cleaning out the screened porch of the Neils O. Anderson home in Ephraim and found the wood grave marker for Anna Catherine Andersen Hansen. It is very worn, but by wetting the wood, was able to …