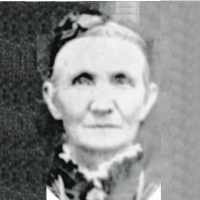 When Mary Cattell was born on 10 August 1814, in Hartshill, Warwickshire, England, United Kingdom, her father, William Cattell, was 24 and her mother, Elizabeth Dagley, was 28. She married Thomas Bladen on 2 March 1837, in Foleshill, Warwickshire, England, United Kingdom. They were the parents of at least 3 sons and 5 daughters. She died on 12 April 1897, in Cedar City, Iron, Utah, United States, at the age of 82, and was buried in Cedar City, Iron, Utah, United States.

English (Midlands and Oxfordshire): from a diminutive of Cat, Kat, a pet form of the personal name Catelin.

Mary Cattle was born at Hartshill, Warwickshire, England on August 10, 1814 to William Cattle and Elizabeth Dagley. She was the 2nd of 9 children. In March 1837 at age 22, she married Thomas Bladen. H …