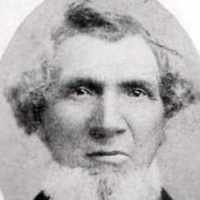 When George Coombs Sr. was born on 2 February 1815, in Stafford, Staffordshire, England, United Kingdom, his father, Richard Coombs, was 43 and his mother, Harriet Marshall, was 28. He married Eliza Astbury on 15 May 1837, in Wolstanton, Staffordshire, England. They were the parents of at least 5 sons and 1 daughter. He registered for military service in 1866. He died on 22 July 1894, in Emery, Emery, Utah, United States, at the age of 79, and was buried in Fountain Green, Sanpete, Utah, United States.

Was born in Stafford, Staffordshire, England 2 Feb 1815. He and his family lived in a small village of Trentvale in Staffordshire. He was a mason worker by trade. They were converted to Mormonism, …