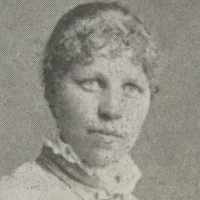 Put your face in a costume from Berhammine Caroline (Minnie)'s homelands.