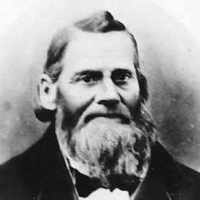 The Life Summary of Enoch Eldridge

Put your face in a costume from Enoch Eldridge's homelands.

Australia is claimed as British territory.

Story of journey aboard the Ship Lucas to America from Australia

Sydney to San Pedro 27 Jun 1857 - 12 Oct 1857 A Journal of the Company of Saints on the Ship, Lucas The L.D.S. Church chartered this ship, Lucas, to carry all the saints from Australia to America an …