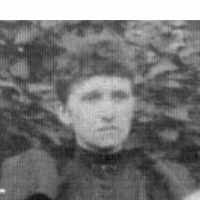 The Life Summary of Anne Eliza

When Anne Eliza Snowball was born on 28 October 1837, in Fawdon, Northumberland, England, United Kingdom, her father, Thomas Snowball, was 29 and her mother, Elizabeth Garr, was 24. She immigrated to United States in 1854 and lived in Bedlington, Durham, England, United Kingdom in 1841. She died on 14 July 1854, in Green River, Sweetwater, Wyoming, United States, at the age of 16, and was buried in Green River, Sweetwater, Wyoming, United States.

Put your face in a costume from Anne Eliza's homelands.