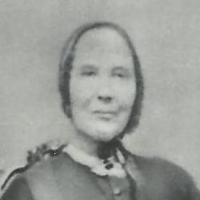 The Life Summary of Helen R

Put your face in a costume from Helen R's homelands.

Scottish: from Middle English beuerage, beuerich, Old French bevrage ‘drink, liquor’, in particular ‘drink that seals a bargain’, also denoting the bargain itself. The consonant -v- was often lost between vowels in Middle and early modern English, hence variants such as Berridge . The custom of sealing a bargain with a drink was widespread in medieval society. The surname may have denoted someone to whom such a payment was customarily made. Modern Beveridge is chiefly found in Scotland (mainly in Kinross and Fife), where Black says it is pronounced ‘Berridge’ or ‘Berritch’. The main English form is Berridge .