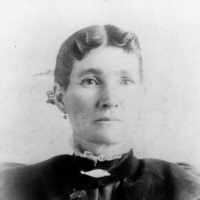 Americanized form of German Schertz .Possibly also an altered form of English Shirt: topographic name for someone who lived on a detached piece of land, Middle English shurte, from Old English scyrte ‘skirt, cut off piece’.

To the posterity of Maudie May from Elizabeth Ann Shirtz

We have received a copy of a letter from Maudie May’s grandmother, Elizabeth Ann Shirtz McDonald, who raised her from a small child. Though this letter is not on the Spendlove line we felt it would b …