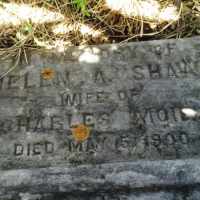 The Life Summary of Helen Ann

When Helen Ann Shaw was born on 12 August 1834, in Aberdeen, Cape Province, South Africa, her father, John Shaw, was 42 and her mother, Jane Norrie, was 40. She married James Dickson about 1856, in Scotland, United Kingdom. They were the parents of at least 1 daughter. She lived in Aberdeenshire, Scotland, United Kingdom in 1851 and Utah, United States in 1870. She died on 5 May 1900, in Mountain View, Cardston, Alberta, Canada, at the age of 65, and was buried in Caldwell - Moir Cemetery, Caldwell, Cardston, Alberta, Canada.

Put your face in a costume from Helen Ann's homelands.