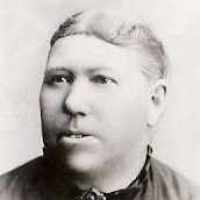 English: nickname from a Middle English phrase, either ringe (the) rose, where ringe is a verb, or ring on the rose, shortened to ringotherose and ringerose, where ring is a noun. The name may allude to a game similar to quoits. Compare to ring the bull ‘to play a game where participants throw or swing a ring on to a hook fixed upon a wall or target’. Alternatively, it may allude to a singing dance, of a type preserved in the children's singing game ring-a-ring o' roses, where participants hold hands and dance in a circle, falling down at the end of the song. The game is not recorded in England before 1855 but was known in Massachusets c. 1790, and may derive from an adult dance of older date.

Lucy Ringrose was baptized by William Garrett at Winnel Two miles from Coventry, England. Ann Elizabeth Ringrose was born April 17 1838 at Welling-hall, Warrickshire, England. She was the daughter of …