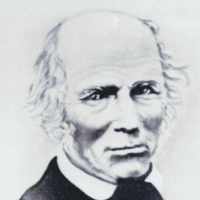 The Life Summary of Reynolds

Put your face in a costume from Reynolds's homelands.

Mahonri Moriancumer Cahoon - how he received his name

"While residing at Kirtland, Elder Reynolds Cahoon had a son born to him. One day when President Joseph Smith was passing his door he called the Prophet in and asked him to bless and name the baby. Jo …