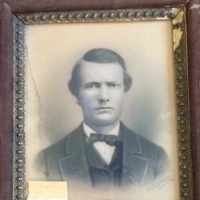 The Life Summary of Prentis

Put your face in a costume from Prentis's homelands.

1 English and Scottish: from the Old English personal name Byrht, a byform of Be(o)rht ‘bright’. Compare Bert .2 German: Middle High German burt ‘that which is due or proper’, therefore a nickname for someone who has fulfilled his obligations properly.3 Jewish (from Poland and Ukraine): variant of Burd .